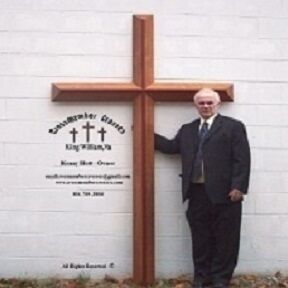 Ordering Outside The 48 Mainland U.S. States 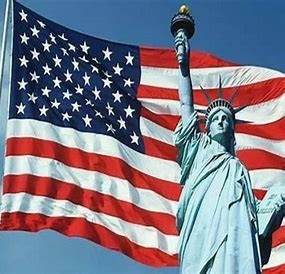 As owner of Crossmember Crosses, Kenny Hott, I thank God that I live in the United States of America, the country with the most freedom in the world, and as an American citizen, I am be able to live out my Christian faith in Jesus Christ without fear. The freedom of religion, the freedom of speech, and the freedom to assemble are three of our first amendment rights. All people are created equal and they are endowed by their Creator with certain unalienable Rights, that among these are Life, Liberty and the Pursuit of Happiness. Our second amendment right give us the right to bear arms to protect ourselves from those who want do us deadly harm, or be used in a state militia to protect against a tyrannical federal government.

Acts 17: 26-27 And God has made from one blood every nation of men to dwell on all the face of the earth, and has determined their pre-appointed times and the boundaries of their dwellings, so that they should seek the Lord, in the hope that they might grope for Him and find Him, though He is not far from each one of us.

The United States has just laws to live by and to govern its people by. The United States has the best and strongest military in the world that promotes peace not war while protecting its people from those who want to do them harm. Having a secure border and wall is very important to protect all U.S citizens and their property from those who come over illegally who might harm them physically or may bring contagious diseases or drugs. We have constitutional rights to protect ourselves and defend our property. The main purpose of Government is to protect and punish those who do evil or threaten to do evil to its citizens while rewarding those who do good. The U.S. welcomes those who want to wait their place in line to go through the legal process of becoming a U.S. citizen. Learning the English language, showing respect to our Constitution to live under its just laws, and to our American flag and what it stands for, should be some of the requirements by all who want to become a U.S. citizen.

Voting: Having the right to vote allows each U.S. citizen 18 years old and older to choose those who will be the best to uphold and defend the just laws of our U.S Constitution, Declaration of Independence, Bill Of Rights And Amendments, and all other just laws of each individual State that do not violate our Constitutional legal rights.

Law and Order: A government that enforces just laws to live by help provide peace and protection for people in that society. Lawbreakers destabilize a lawful society. Lawbreakers who break the law and resist arrest cause self inflicting problems in their own lives and put the lives of policemen and others who enforce the just laws in danger, which may result in unnecessary conflict and sometimes loss of life. In almost all cases the lawbreaker is the blame for all arrests and any issues that arise from that arrest. Law and Order is a must for a peaceful society.

Bill Of Rights And Amendments