Protecting Life In The Womb 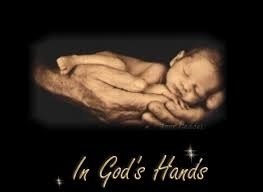 A child in the womb is a human being made in the image and likeness of God and in the foreknowledge of God.

Genesis 1:26 Then God said, “Let Us make man in Our image, according to Our likeness; let them have dominion over the fish of the sea, over the birds of the air, and over the cattle, over all the earth and over every creeping thing that creeps on the earth.”

Jeremiah 1:5 Before I formed you in the womb I knew you; Before you were born I sanctified you; I ordained you a prophet to the nations.

The soul, spirit, and body of mankind is God made and known by God before conception.
So it is not only at conception, the early form of the baby, and the heartbeat that determines the human beings existence, but the soul which lives on after death for all eternity.
Jesus said you can kill the body but not the soul.
Matthew 10:28 And do not fear those who kill the body but cannot kill the soul. But rather fear Him who is able to destroy both soul and body in hell.
In the United States the rights of every baby in the womb are written in the Declaration of Independence, the God given right to life, liberty and the pursuit of happiness and adopted into the U.S. Constitution Bill Of Rights (Article [V] (Amendment 5 - Rights of Persons) to not be deprived of life, liberty, or property, without due process of law.
No Mother, No Father, No Doctor, No Elected Official, and No Appointed Judge has the right to allow an Innocent Baby in the Womb to be killed by abortion in any country. The Baby has the same God given right to life that they have. Many pregnant mothers have been and are now under extreme pressure and in many cases been threaten to have an abortion by the fathers, deceived by their parents to have an abortion of their own grandchildren, deceived by the abortion doctors and all who work in the abortion clinics who profit from an abortion, all who are pro-abortion who promote it. Mothers also use the excuse that the evil decision the Supreme Court Justices made with Roe v Wade gives them the right to have an abortion. The mother has been deceived by the highest court in the United States.
This death of innocent human life in the womb needs to stop now.

Abortion clinics are the most wicked and cruel places on the face of the earth.

All lives matter to God in the womb and out of the womb.

Telling the mother and the father not to proceed with the abortion is protecting the baby from death and possible life threatening complications of the mother during the abortion and the emotional stress and guilt that follows.

Our wood cross products are handmade in King William, Va from the beautiful wood from God's forest using our God given talents.

Shipping: All prices include shipping in the Mainland U.S. States.